A review of a book on wetlands… 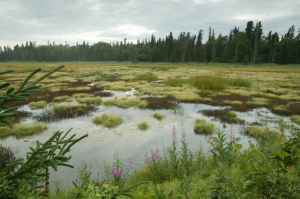 My first blog post is a short review of Philip Garone’s book The Fall and Rise of the Wetlands of California’s Great Central Valley (2011, University of California Press). I wrote this for an H-Environment Roundtable discussion on the book which can be found here. The Roundtable includes three other reviews by different scholars as well as a response from Garone.

Philip Garone’s book, The Fall and Rise of the Wetlands of California’s Great Central Valley, is a fascinating account of the changing waterscapes of this region. It is in fact gripping reading, as Garone takes us through some of the downs and ups of the Central Valley’s environmental history. ‘Downs and ups’ is in keeping with the overarching narrative of the book, which Garone has structured as a ‘fall and rise’ of the wetlands, in contrast to pervious narratives of environmental decline in the Valley. Garone explains: ‘although the sheer volume of wetlands losses has been enormous, this book suggests reasons for a cautious optimism about the future of wetlands in California’s Central Valley and across the nation as a whole’ as conservationists try to remake some of the lost wetlands (1-2). The total area of California’s wetlands shrank by a staggering 91 per cent between the 1850s and 1980s (2), largely due to the expansion of irrigation and increasing numbers of large dams, driven by land speculators and supported by governments, both geared towards radically altering the water regimes of the Valley to create an agricultural utopia. It is this dual history of agriculture and wetlands that Garone ultimately seeks to tell, with a strong focus on the consequences for migratory water birds of the Pacific Flyway. Conservation efforts, albeit at times compromised, are threaded through his story, as some farmers and waterfowl hunters, and later scientists, sought to protect shrinking areas of sloughs, swamps, and lakes. The shifting nomenclature of what we so often refer to now rather homogenously as ‘wetlands’ is evident in this story and I wondered at times about the geographies, politics, and histories behind these changing naming practices. For example, ‘slough’ is not a common term in Australia (but we do have ‘billabongs’ which are often bends in a river that no longer connect to the main channel that fill during floods).

The book is divided into three main sections. The first, ‘Part One. Wetlands and Waterfowl’ (chapter 1) is dedicated to examining the wetlands ecology of the Central Valley, in particular the ‘three natural communities’ of the valley – grassland, woodland, and marshland – and the past and current reliance of waterfowl on them. The following section, ‘Part 2. The Fall’ (chapters 2-5) analyses the processes of reclamation, agricultural expansion, flood control, and land speculation that combined to gradually reduce the area of wetlands in the Central Valley. This section includes many insights and stories that reveal the cultural and environmental complexity of these processes. I will highlight just two here. Garone begins the section with a brief but fascinating account of Native American uses and burning of wetlands, especially for food and materials. In the early 1800s, Native Americans who had escaped from Spanish missions also used the long grasses of wetlands to evade the officials sent to find them. This worked well, however a malaria epidemic in the 1830s had devastating consequences, killing at least 20,000 Native Americans and weakening many others. In the mid-nineteenth century in California (then under the control of the USA), malaria, likely introduced by European sailors or traders and trappers from the east, became one of a range of reasons behind reclamation efforts by private landowners and state and federal governments. The money each of these groups, and certain individuals, could make from increased cultivation and density of settlement through reclamation was, however, the central motivating factor. These efforts were at times undermined by the legal difficulties in classifying swampland for drainage and indeed the flood regimes of the river, which defied engineers’ early attempts at control.

Garone’s account of the disappearance of Tulare Lake is also intriguing. In the second half of the 1800s, fishermen and hunters were taking increasing amounts of fish and waterfowl from the lake to supply San Francisco markets. At the same time, a flood in 1862 changed the courses of waterways that fed the lake and this, combined with irrigation diversions, slowly reduced water flows to the lake until it disappeared. As the lake shrank, so too did populations of wetland-dependent birds, who, with reduced habitat, suffered greater instances of diseases such as botulism. Indeed, as Garone notes, many animals and plants suffered because of reclamation by agriculturalists along the lake shore, reductions in water flow, over-fishing and hunting, and eventually the lake’s disappearance. For example, numbers of tule elk plummeted, the last remaining herd being protected by Henry Miller (one of the partners of the mega pastoralists Miller and Lux). Garone ends the section with an examination of increasing government investment in flood control and irrigation infrastructure from the turn of the century, to increase agricultural productivity still further and protect civil centres. Throughout the chapters in this section Garone explores the negative effects of habitat reduction, and sport and commercial hunting, on waterfowl as well as farmers’ views of these birds as pests to wheat (and later rice) crops.

In the final section, ‘Part 3. The Rise’ (chapters 6-10) Garone largely examines efforts to conserve wetlands, mostly by hunters, hunting groups, and private land owners who could benefit financially by charging hunters for access to wetlands. Together they sought to preserve the wintering grounds of waterfowl and ultimately populations of ducks. The role of politicians like Franklin D. Roosevelt, figures like Aldo Leopold, and oranisations like More Game Birds in America (the forerunner to Ducks Unlimited), as well a their connections, is fascinating. Garone deftly examines the rationales, and cultures of conservation for hunting, that underpinned the creation of refuges (including the so-called ‘duck factory’ of the prairie potholes in north America) by Ducks Unlimited as well as its efforts to conserve migratory waterfowl habitat across the northern national border by establishing Ducks Unlimited Canada. In the 1990s Ducks Unlimited was also a key player (in partnership with the Rice Industry) in the creation of wetland refuges for waterfowl by flooding rice paddies in the north of the valley during the winter months.

In some ways I see Garone’s account of the disaster at Kesterson Reservoir as the climax of the final section. In the 1980s toxic agricultural drainage water slowly poisoned the refuge, leading to birth defects in birds and causing problems for other animals, including killing most of the fish species. Through this story we can see a wider interest in wetlands conservation by a range of people, particularly scientists. Garone examines scientists’ involvement in wetlands conservation for biodiversity (not just waterfowl) further in the final chapter, titled ‘Wetlands Resurgent’.

As I was reading Garone’s book, particularly the final section, I wanted to know more about what was happening to the wetlands species that were not birds. More specifically, what were (and are) the consequences for other species of intensive management of wetlands for birds? ‘The rise’ of wetlands in California seems to be foremost a rise for birds. This has also been the case in Australia and in international efforts, as demonstrated in the centrality of water bird conservation in the Ramsar Convention on Wetlands. I think it is important that environmental historians consider the consequences of the politics that are at work here. That is, to borrow a question often asked in a particular strand of science and technology studies: who wins and loses in this kind of wetland conservation? Who lives and who dies?[1] Garone examines some of the important class issues around privatising hunting on wetlands; could environmental historians also consider the consequences of managers and organisations privileging particular species?[2] This points towards a wider consideration in environmental history. Perhaps we need to tell more complex stories that are neither rises nor falls, declensionist nor ascensionist, but that illuminate the mixed outcomes for different groups and species. These are not criticisms of Garone’s book as such, rather I think these as conversations that are worth having in roundtable forums like this. That is, to reflect on the stories we tell.[3] Indeed, these are things I am considering as I begin researching histories of wetlands in the Murray-Darling Basin in Australia. Overall, this a well researched and written book that is interesting on its own terms and draws attention to important histories as well as contemporary problems.

[2] This is something anthropologist Eben Kirksey has considered in relation to wetland management for ducks in Costa Rica. See, Eben Kirksey, ‘Living With Parasites in Palo Verde National Park’, Environmental Humanities, 1, 2012, pp.23-55: http://environmentalhumanities.org/archives/vol1/

On overlooked species see: Deborah Rose and Thomas van Dooren, ‘Introduction’, Unloved Others: Death of the Disregarded in the Time of Extinctions, special issue of Australian Humanities Review, 50, 2011: http://www.australianhumanitiesreview.org/archive/Issue-May-2011/home.html.